Articles and How-to Tutorials for NGOs

Single and Double count indicators and the beneficiary calculating model

One of the important things that takes considerable time and discussion between the applicant organization and the donor while reviewing the project by the donor and before signing the contract, is to make sure the beneficiaries’ number is correct and not doubled.

We have 1000 students (male & female) for whom classes will be built and will be provided with school bags, books and meals.

So we will have 4 indicators in the project:

So the donor knows that we correctly know the number of beneficiaries, as we clarify that we didn’t double the numbers and said that 4000 students will benefit from the project, confirming the number is only 1000, which is the correct one. 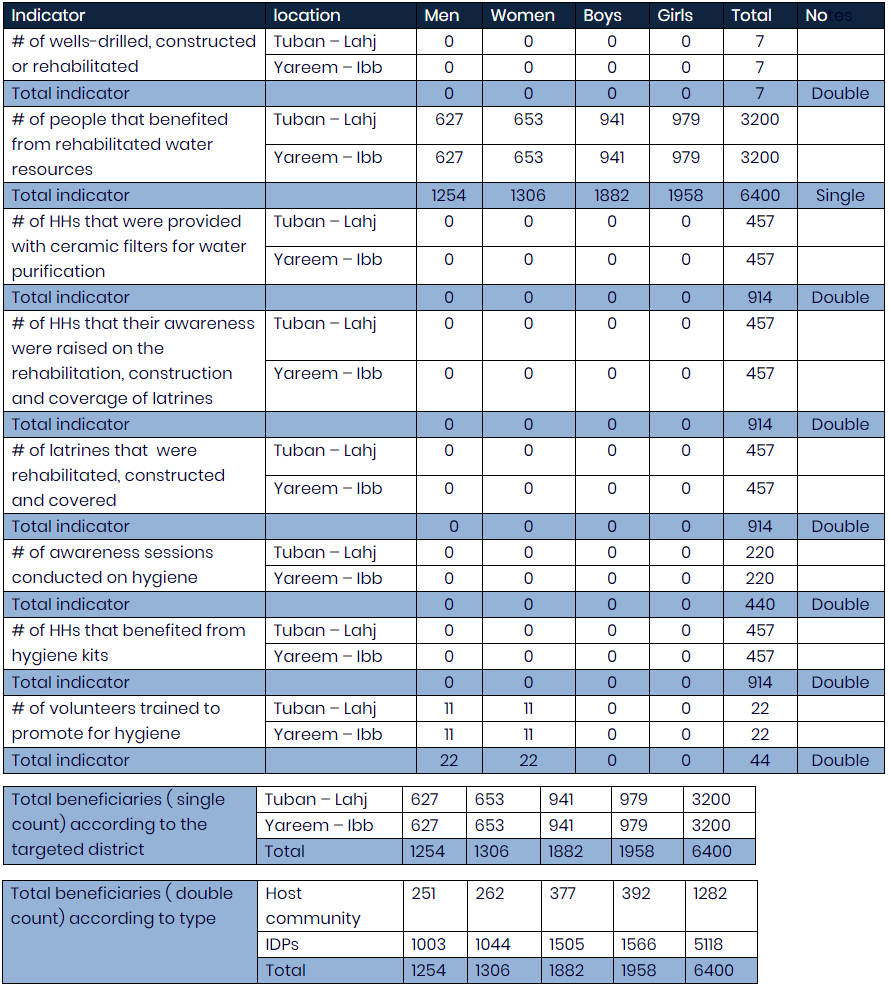