The Help the Homeless is currently accepting applications for its grant program to support homeless charities throughout the UK.

Help The Homeless was founded in 1975 and shortly thereafter launched its first fundraising appeal, chaired by Commissioner of the Metropolitan Police, Sir Robert Mark. A substantial initial capital sum was raised which, together with further donations and legacies received since then, has been carefully invested to produce income to distribute as grants to charities and voluntary organisations throughout the UK. The grants aim to support small and medium-sized registered charities working to help homelesss people rebuild their lives.

Help The Homeless is a cost efficient charity with very small overheads, and so is able to distribute a large proportion of its funds to the wide range of organisations nationwide that help some of the UK's most disadvantaged people. The reasons for being homeless vary enormously, but may include ill-health, those who are discharged offenders, addictions, family breakdown or other adverse circumstances. Homelessness is not just about “rough sleepers” living on the streets – but a whole range of people who lack a stable home. 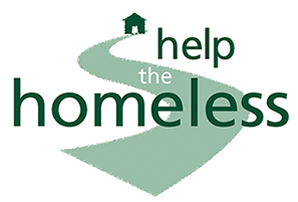 Help The Homeless is a cost efficient charity with very small overheads, and so is able to distribute a large proportion of its funds to the wide rang ... Learn More